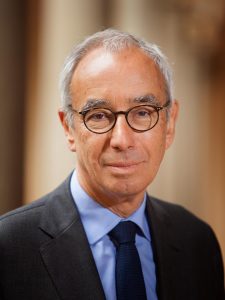 Jean Pisani-Ferry holds the Tommaso Padoa Schioppa chair of the European University Institute in Florence. He is a Senior Fellow at Bruegel, the European think tank, and a Non-Resident Senior Fellow at the Peterson Institute (Washington DC). He is a professor of economics with Sciences Po (Paris). He sits on the supervisory board of the French Caisse des Dépôts. In the first half of 2017, Pisani-Ferry contributed to Emmanuel Macron’s presidential bid as the Director of programme and ideas of his campaign. Beforehand, he served from 2013 to end-2016 as Commissioner-General of France Stratégie, the ideas lab of the French government. Prior to this appointment, he was from 2005 to 2013 the Founding Director of Bruegel, the Brussels-based economic think tank that he had contributed to create. Before creating Bruegel, he was Executive President of the French PM’s Council of Economic Analysis (2001-2002), Senior Economic Adviser to the French Minister of Finance (1997-2000), and Director of CEPII, the French institute for international economics (1992-1997). Pisani-Ferry has taught at University Paris-Dauphine, École Polytechnique, École Centrale and the Free University of Brussels. Pisani-Ferry’s publications include numerous books and articles on economic policy and European policy issues. He has also been an active contributor to public debates with regular columns in the international media. 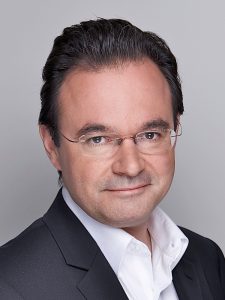 George Papaconstantinou is Professor of International Political
economy at the School of Transnational Governance of the European University Institute and Director of the School’s executive education programme. He is an economist by training, with a Ph.D. from the London School of Economics. He has served government at the highest level, as cabinet minister, member of the Greek parliament and MEP. As Greece’s Finance Minister and subsequently Minister of Environment and Energy, he guided implementation of an ambitious and wide-ranging governance reform programme relating to budget and revenue processes, market liberalisation, as well as to publicly owned corporations and the divestment of state assets, as well as for the transition to clean energy and a green economy. In the earlier part of his career, he was a senior economist at the OECD, subsequently served in a policy advisory capacity for the Greek government, was a Board member of the largest telecoms company in Greece, taught at the Athens University of Economics and Business and consulted for the European Commission and international think-tanks. Since leaving public office, his work has focused on economic and financial policy-related analysis and governance issues. He has recently published Whatever It Takes: The Battle for Post-Crisis Europe.

Adrien Bradley is Research Associate for the Tommaso Padoa-Schioppa Chair. He holds Master’s degrees in International Relations and European Affairs, as well as a Bachelor’s degree in Japanese language and Culture. His research interests include the challenges of global governance and international politics, politics in the EU, France, the US and Japan, as well as energy issues.